Dave Mills: “Bread for my Enemies: US Aid to Germany after World War 2” 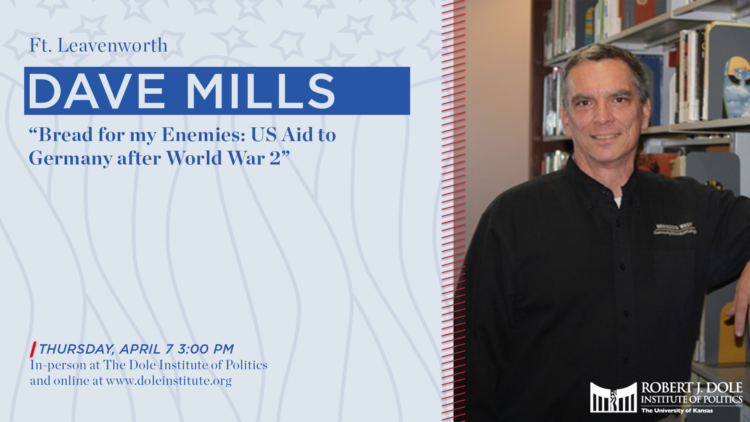 The greatest challenge to peace in Western Europe immediately after World War Two was the possibility that the people themselves would vote in Communist governments, primarily due to hunger. This presentation will demonstrate the challenges and the extent to which the American government fed Germany and other nations for both humanitarian and anticommunist reasons between 1945 and 1948.

Dave Mills is an associate professor at the United States Army Command and General Staff College, located at Fort Leavenworth, Kansas, where he teaches military history to senior Captains and Majors from each branch of the military. He holds a Ph.D from North Dakota State University, and is the author of three books on military and Cold War history. His current research project is entitled, Bread for My Enemies: Feeding Germany from the Fall of Hitler to the Marshall Plan. He has been married to his wife, Ann, for almost 30 years, and they have three grown sons.