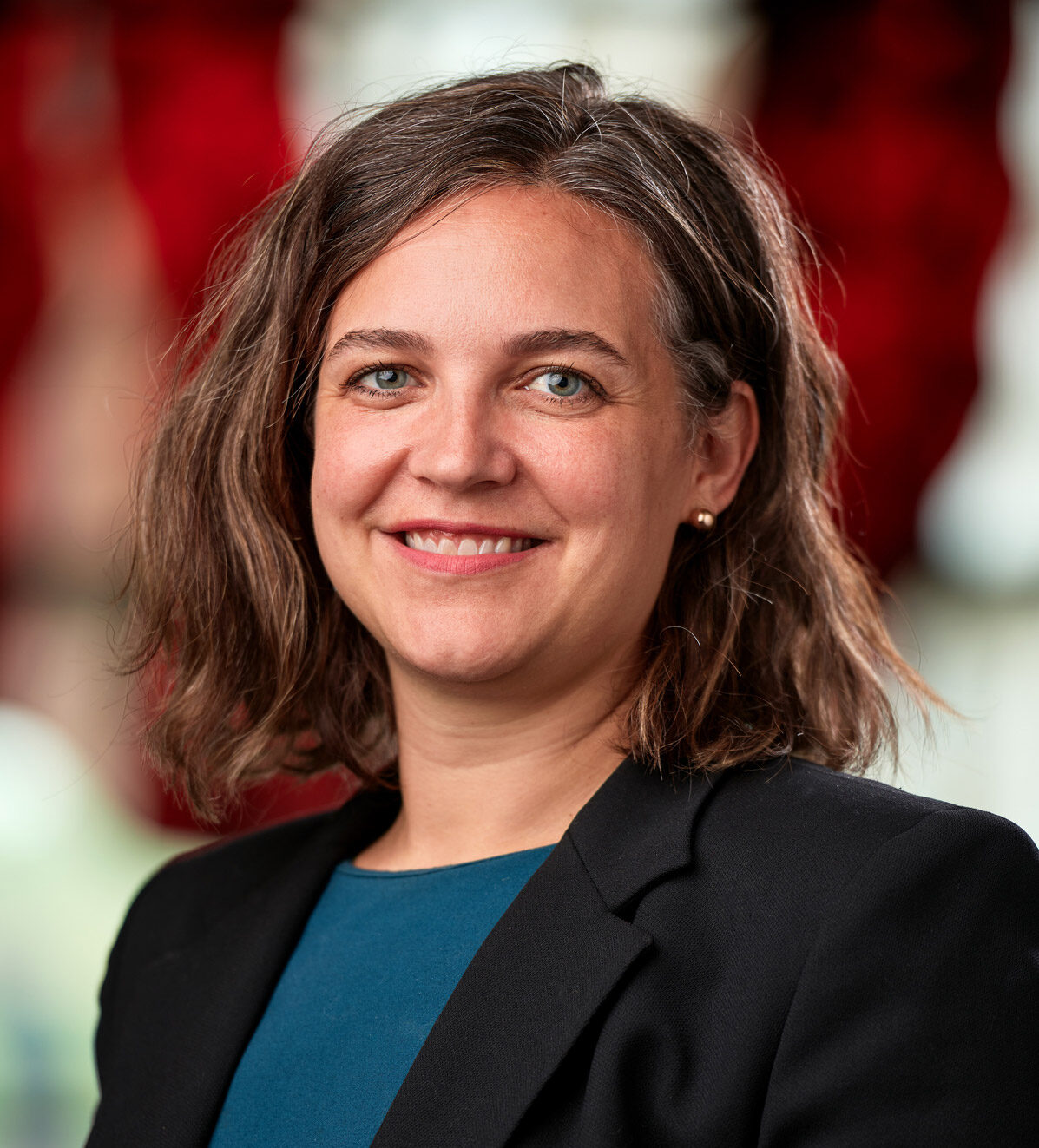 Audrey Coleman became Director of the Dole Institute in November 2021.

With nearly a decade of prior leadership at the Institute, Audrey created transformative programs that have reached audiences and institutions across the region and the nation.

Audrey’s long history with Senator Bob Dole and Senator Elizabeth Dole positioned her to effectively lead the institute and continue its mission to promote civic participation and civil discourse in a bipartisan manner.

Upon her appointment, both Senators Dole expressed their support for Audrey’s leadership:

“Elizabeth and I are very pleased that Audrey Coleman has been selected as the new director of the Dole Institute of Politics,” Senator Bob Dole said. “We have known and worked with Audrey for many years, and she personifies everything the institute stands for. She is a proven leader, a gifted and strategic thinker, and a wonderful person. We remain optimistic about the future of the institute with Audrey at the helm. She is a tremendous asset.” 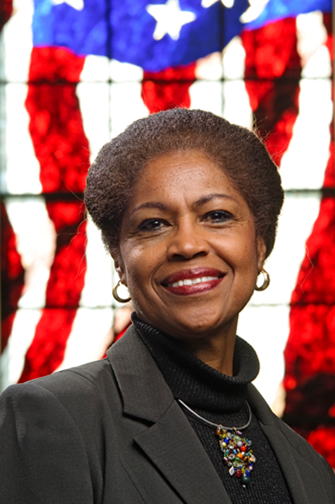 Barbara Ballard joined the Dole Institute in 2004. As senior associate director of outreach, she coordinates the Dole Scholars program, the Youth Civic Leadership Institute (YCLI), Civic Engagement Week, Constitution Day, the Government and History Teachers Conference, Veteran’s Day events, and a Women Running for Office series. Barbara has been with the University of Kansas since August 1980, where she has served as an associate vice provost for student success, associate dean for student life and the director of the Emily Taylor Women’s Resource Center. Barbara, a Ph.D. in counseling and student personnel services, also teaches for the School of Education and Department of Women’s Studies.

Barbara is also a State Representative for the 44th District, first elected to the Kansas House of Representatives on November 3, 1992. Barbara serves on the House Leadership Team as the Democratic Caucus Chair and is the first African American to serve on Leadership. She has previously served as president of the National Black Caucus of State Legislators. 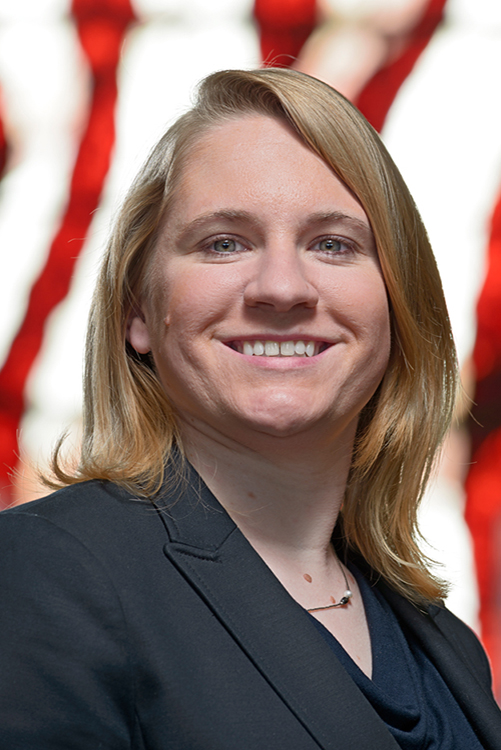 A native Kansan, Julie was proud to join the Dole Institute in 2015. As the public education coordinator, she leads K-12 and family education programs, including on-site, outreach, and online initiatives. Julie graduated from the University of Kansas with her bachelor’s and master’s degrees in biological research. Most recently, she was an education specialist at the Natural History Museum of Utah and traveled all over the state teaching outreach education programs to thousands of students every year. She is excited to share her passion for effective and innovative education utilizing primary sources from the Dole Archives and Special Collections. 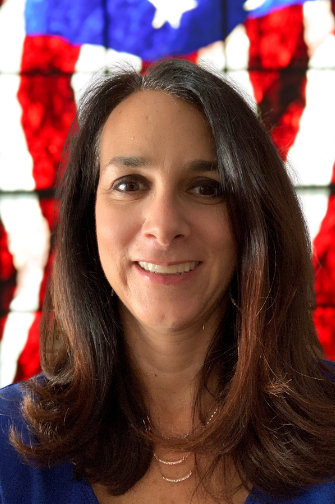 Maria is pleased to return to the Dole Institute as development specialist. She served in the role in 2018 until her family moved to São Paulo, Brazil, due to her husband’s work. The family moved back to Lawrence in July 2021 for her husband’s job with Hill’s Pet Nutrition in Topeka. Maria is looking forward to managing the Friends of the Dole Institute program. She has more than 20 years of experience in non-profit fundraising, special event management, marketing and communications. Prior to living in Brazil and Kansas, the family has lived in Indiana, Tennessee, and Kentucky. Maria is originally from Louisville, Kentucky, and her background includes working for a variety of non-profits including an arts organization, Chambers of Commerce, a leadership development center, and youth services providers. She graduated from Xavier University in Cincinnati, Ohio, with a B.A. in English. Before re-joining the workforce, Maria was an active volunteer at her daughters’ school and with the American Society of São Paulo’s charity outreach and fundraising events. She and her husband and two daughters are very happy to be living “in the country” just south of Lawrence. When she’s not working or volunteering, Maria enjoys doing home improvement projects, gardening, cooking, cycling, swimming and choral singing. 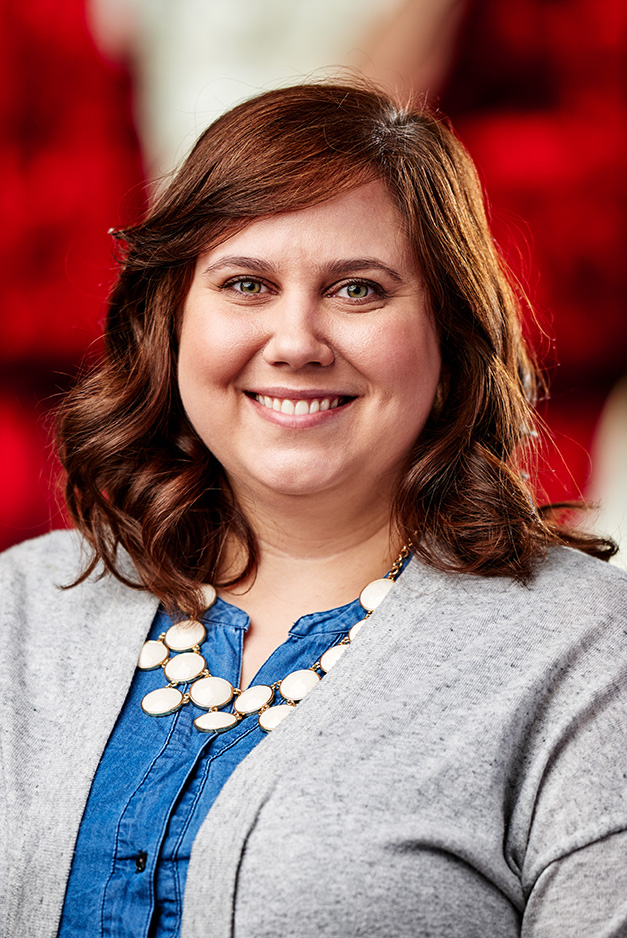 Sarah D’Antonio Gard, C.A., joined the Dole Institute as the archivist in January 2012. She preserves and provides access to the Dole Archives collections, including working with researchers of all ages and creating unique learning experiences for KU classes. She holds a B.A. in art history from the University of Mary Washington in Fredericksburg, Virginia, and an M.S.I.S. with a specialization in archives and records enterprise from the University of Texas at Austin. Sarah is active in the Association of Centers for the Study of Congress and the Congressional Papers Section of the Society of American Archivists. 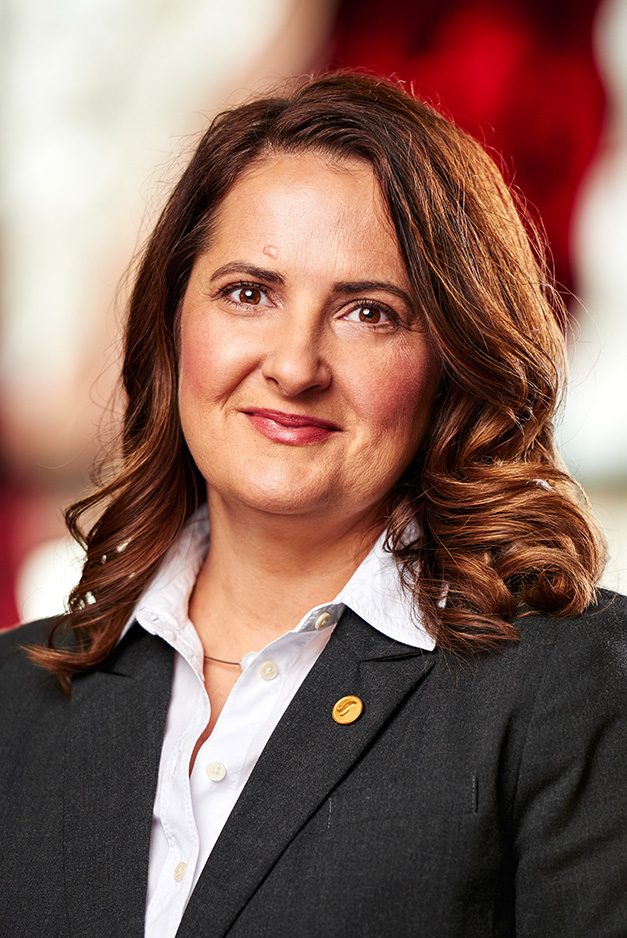 Sheri joined the Dole Institute as associate development director in June 2015, and was promoted to development director in July 2019. Sheri brings a breadth of experience in leadership, development and fundraising from her 19 years at Kansas Public Radio. A self-described news junkie and community volunteer, Sheri was drawn to the Dole Institute because of its bipartisan mission, focus on public service and commitment to presenting political discussion in a philosophically balanced and civil manner. Her interest in politics began as a teen when she was the recipient of a congressional scholarship that took her to live in walled West Berlin. She lived there a year with the Wall up, experienced its fall first hand and observed the struggles of reunification. She holds degrees from the University of Kansas in political science and German. A lifelong Kansan, Sheri, her husband Alex and two daughters live in Lawrence. In her free time, Sheri enjoys traveling, live music and spending time with friends and family. 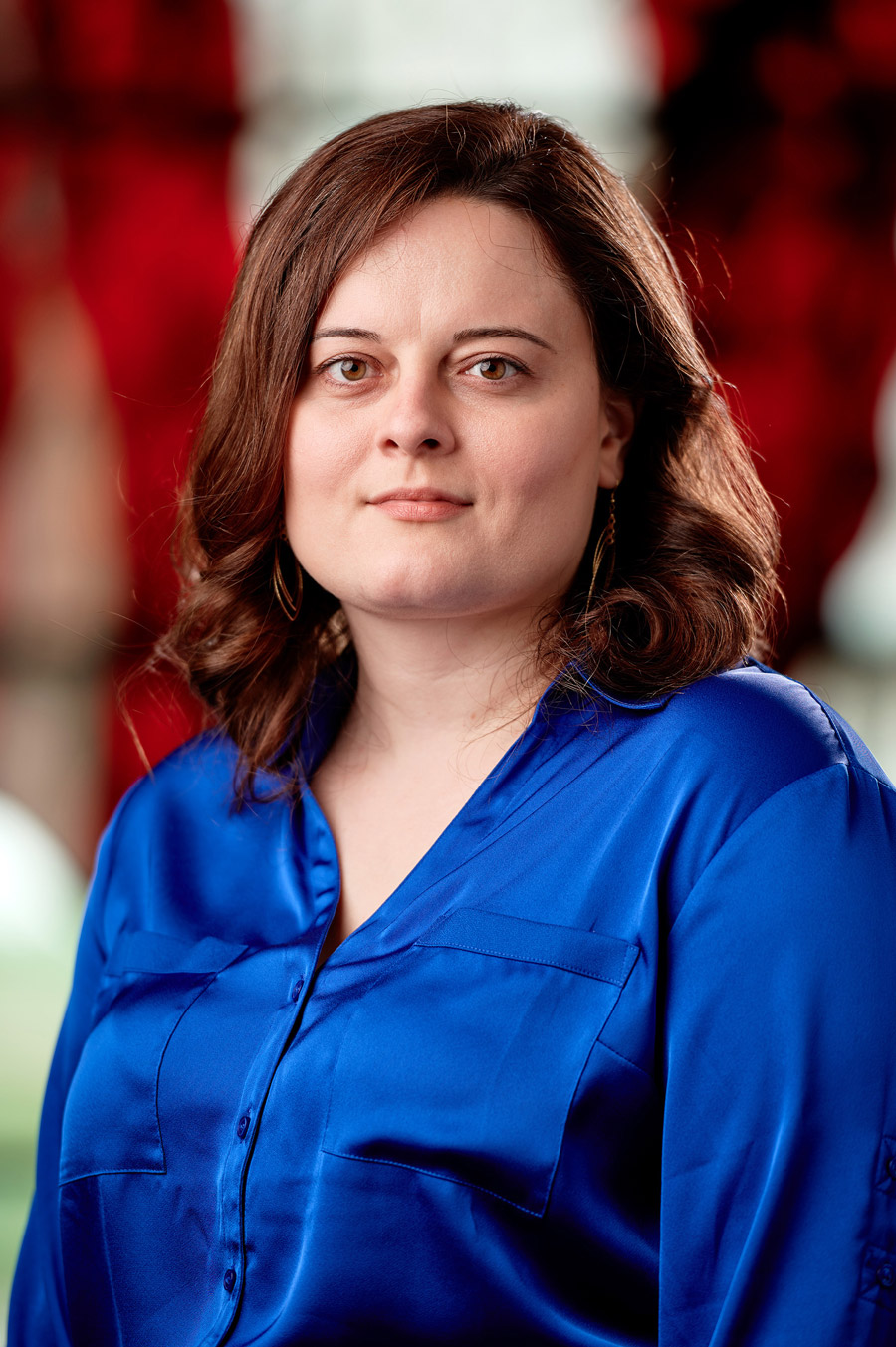 Marla Schleuder, M. Arch., M.S.L.I.S., joined the Dole Institute in 2019 as the digital initiatives coordinator after working for KU Libraries as a library associate in technical services. A Kansan, born and raised, her interest in library and archival services began in 2003, when she attended the opening ceremonies of the Dole Institute of Politics and served as an archival volunteer while still in high school. She holds a Master of Architecture from the University of Kansas. In 2017, she completed a Master of Science in library and information science with a certificate of advanced study in data science, both from Syracuse University. 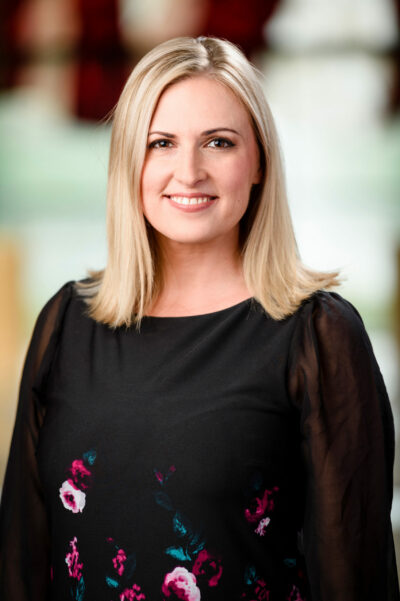 Sarah has long-standing ties to the Dole Institute. From 2005-2007, she was a student worker and Student Advisory Board member during her undergraduate studies. She returned to the Institute as the development specialist in June 2019 and served as interim communications coordinator in the summer of 2021. She was promoted to director of events and student affairs in September 2021.

Before returning to the Institute, she worked as a political researcher, served as a consular associate at the U.S. Embassy Angola, and taught English in Saudi Arabia and Germany.

She graduated from the University of Kansas with bachelor’s degrees in political science, Spanish, and international studies, as well as a minor in history. She earned her master’s degree in counter terrorism from IDC Herzilya, Israel.

In her free time, Sarah enjoys traveling, trying foods from around the world, yoga, tennis, listening to podcasts, and being active outdoors. 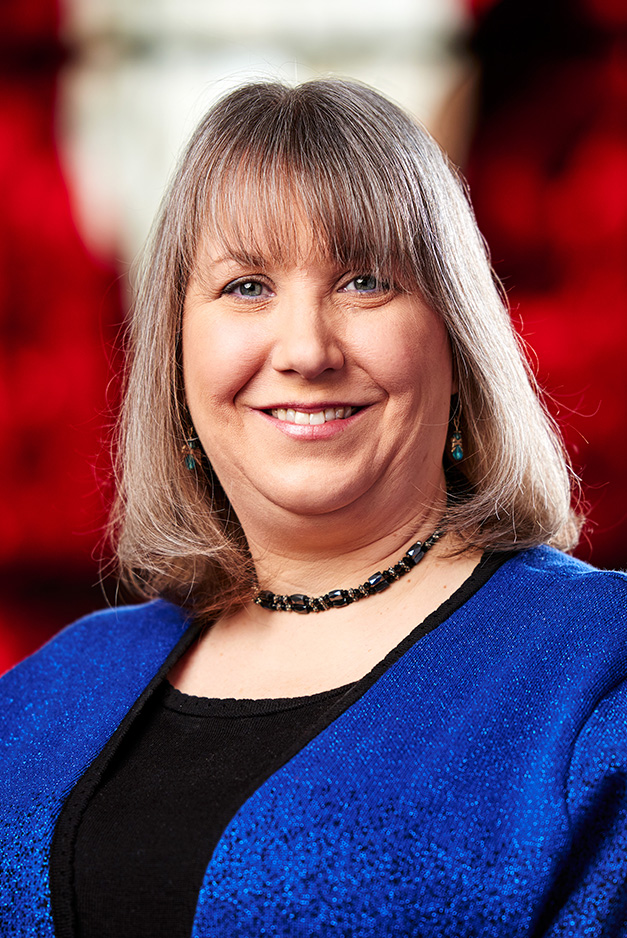 Michele Vignola-Rogers joined the Dole Institute of Politics in 2017 as an office assistant. Prior to joining the institute, she was the outreach coordinator and administrative assistant at Pinnacle Career Institute.  She graduated with honors from Kean College of New Jersey (now known as Kean University) with a Bachelor of Arts in English and education certification (K-12). She moved to Lawrence in 1992 to work for the Leonard Peltier Defense Committee (LPDC) as a co-coordinator, paralegal and fundraiser. She participated in the Walk Across America for Mother Earth, toured as a speaker with Lollapalooza Music Festival and the Horde Festival. She has worked with organizations from around the world educating the public about Leonard Peltier’s case. She was co-editor of the Crazy Horse Spirit Newsletter and volunteered with the Center for Constitutional Rights, working with William Kunstler to continue the fight for justice.  In 1997, she married a local Lawrence native and had two children. She has been an administrative assistant for the past 24 years, which permitted her to raise her children and find her way to the Dole Institute. 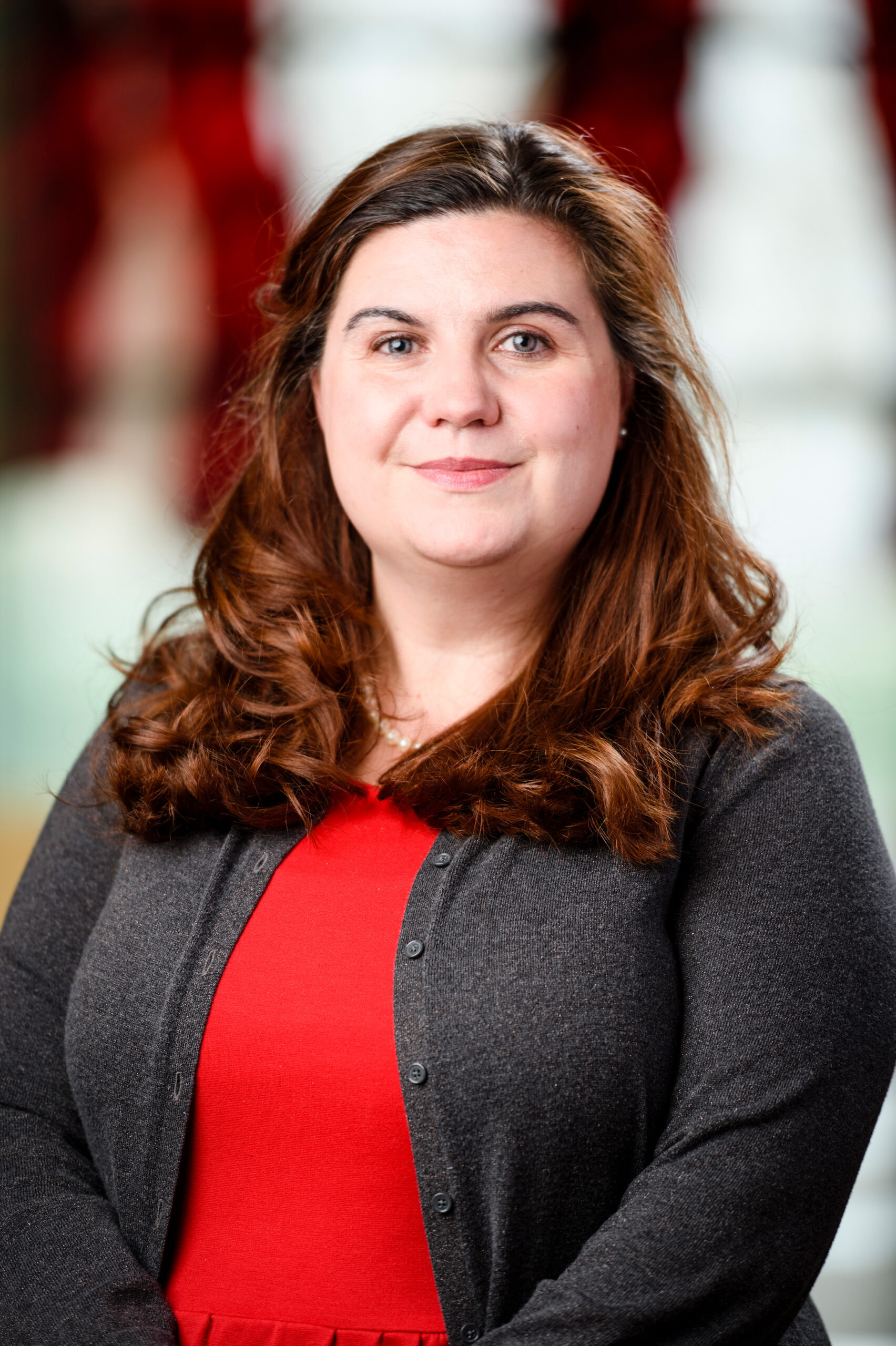 Amber is the director of finance and administration at the Dole Institute of Politics.  Prior to her time here, Amber’s career began at two weeks old when she started at the family’s printing company in midtown Kansas City, Missouri.  She continued to work there while attending UMKC until she opened her own retail store, Retroactive in Kansas City’s Union Station.  After working at a catalog company in Lenexa as a key accounts purchasing agent, Amber became the director of marketing, events and special Projects for the Franklin County Convention and Visitors Bureau for six years and published a weekly column in the paper for five years.  In 2013, she accepted an opportunity at the University of Kansas in Facilities Services before joining the Dole Institute of Politics staff in 2018.  Amber lives in Lawrence with her husband and two sons and enjoys a number of hobbies including sewing, woodworking, house restoration, antiquing, music, creative writing, photography, cooking and entertaining. 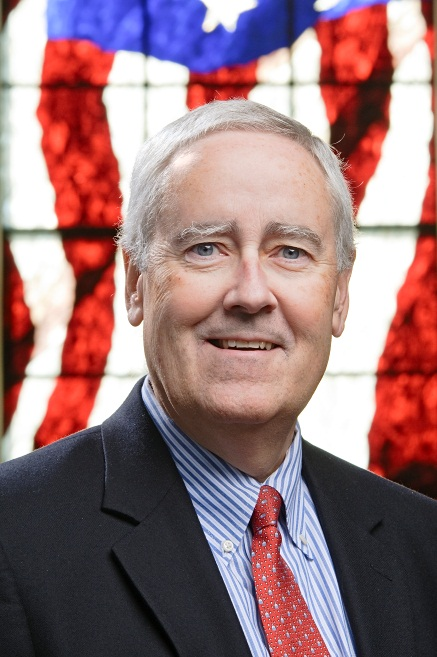 Bill Lacy was appointed Director of the Dole Institute in 2004 and established a highly-respected venue for bipartisan, philosophically-balanced political programming. His network of political contacts resulting from his twenty-year career in Washington D.C., as a campaign strategist has served the Dole Institute well. Under Bill’s leadership, the Dole Institute has hosted an extensive cadre of national and international political leaders, practitioners and journalists. Students and community members benefit from the Dole Institute’s ongoing lecture series and nationally-recognized post-election conferences. The student-oriented culture provides many opportunities for the Dole Student Advisory Board that students at other universities don’t receive.

Bill also led the effort to obtain Sen. Elizabeth Dole’s career papers and create a women’s leadership lecture in her honor. He also helmed the creation of the Dole Institute Board of Advisers, which features a group of national political figures, strategists and Dole Institute supporters.

Bill served as President Ronald Reagan’s political director and had major roles in seven presidential campaign, including Dole’s 1988 and 1996 efforts. In August 2007, Bill took a leave of absence from the Dole Institute to manage the presidential campaign of Sen. Fred Thompson (R-Tenn.).

Under Bill’s watch, the Dole Institute fundraising team has added millions to the Dole Institute’s endowment. In addition, Dole archivists have completed the processing of the Sen. Bob Dole collection, created research fellowships and run an impressive program schedule based on the collection.

Bill is an avid sports fan and cyclist and spends much of July following the Tour de France. His wife Susie is a loyal Dole Institute supporter and attends many of the institute’s events.