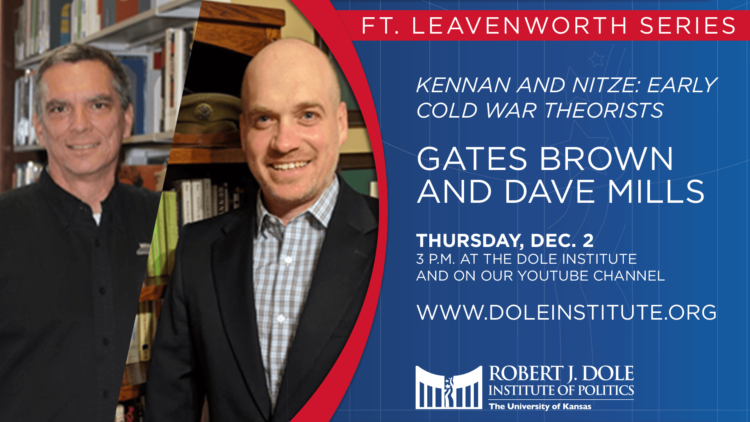 Brown and Mills will discuss two of the most influential Cold War theoriest: George Kennan and Paul Nitze, who were exact opposites in strategy and outlook. Kennan was a realist who believed the U.S. should eliminate its arsenal of nuclear weapons. His guiding philosophy was that an individual or a nation that desired peace should act peacefully, although his opinions on dealing with the U.S.S.R. ironically led to the most aggressive foreign policy in American history. Nitze was a hawk who advocated a more assertive role in foreign affairs, believing that if a nation desired peace, it should prepare for war. More than any other American, Nitze was responsible for the arms race between the two superpowers throughout the Cold War.