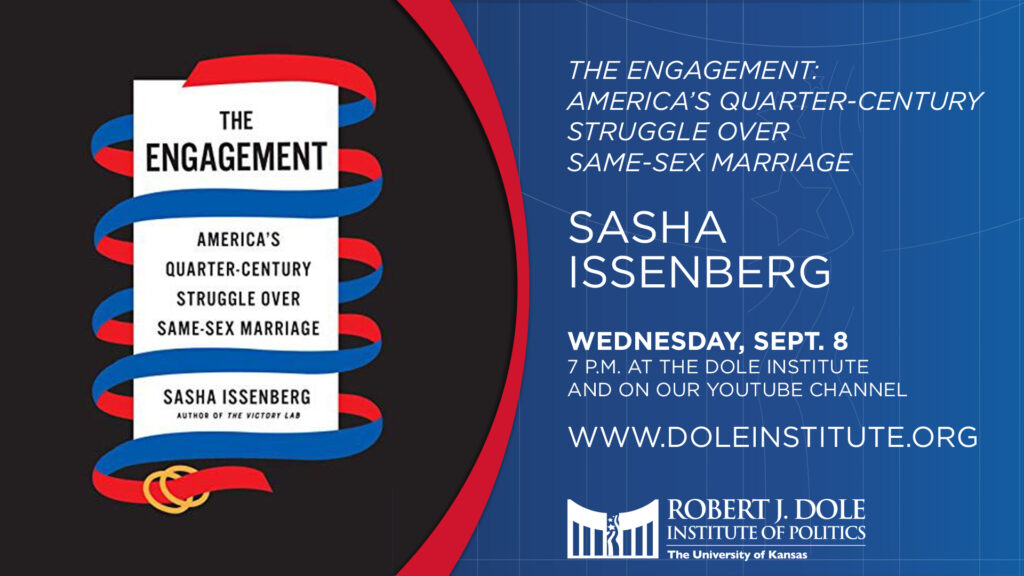 On June 26, 2015, the U.S. Supreme Court ruled that state bans on gay marriage were unconstitutional, making same-sex unions legal across the United States. However, the road to that historic decision was much longer than many realize. Nationally recognized political journalist Sasha Issenberg will return to the Institute to guide us through the issue’s journey from unimaginable to inevitable as he discusses his latest book, “The Engagement: America’s Quarter-Century Struggle Over Same-Sex Marriage,” based in part on research he conducted in the Dole Archives as a travel grant recipient.

This program includes a book sale and signing with the author.