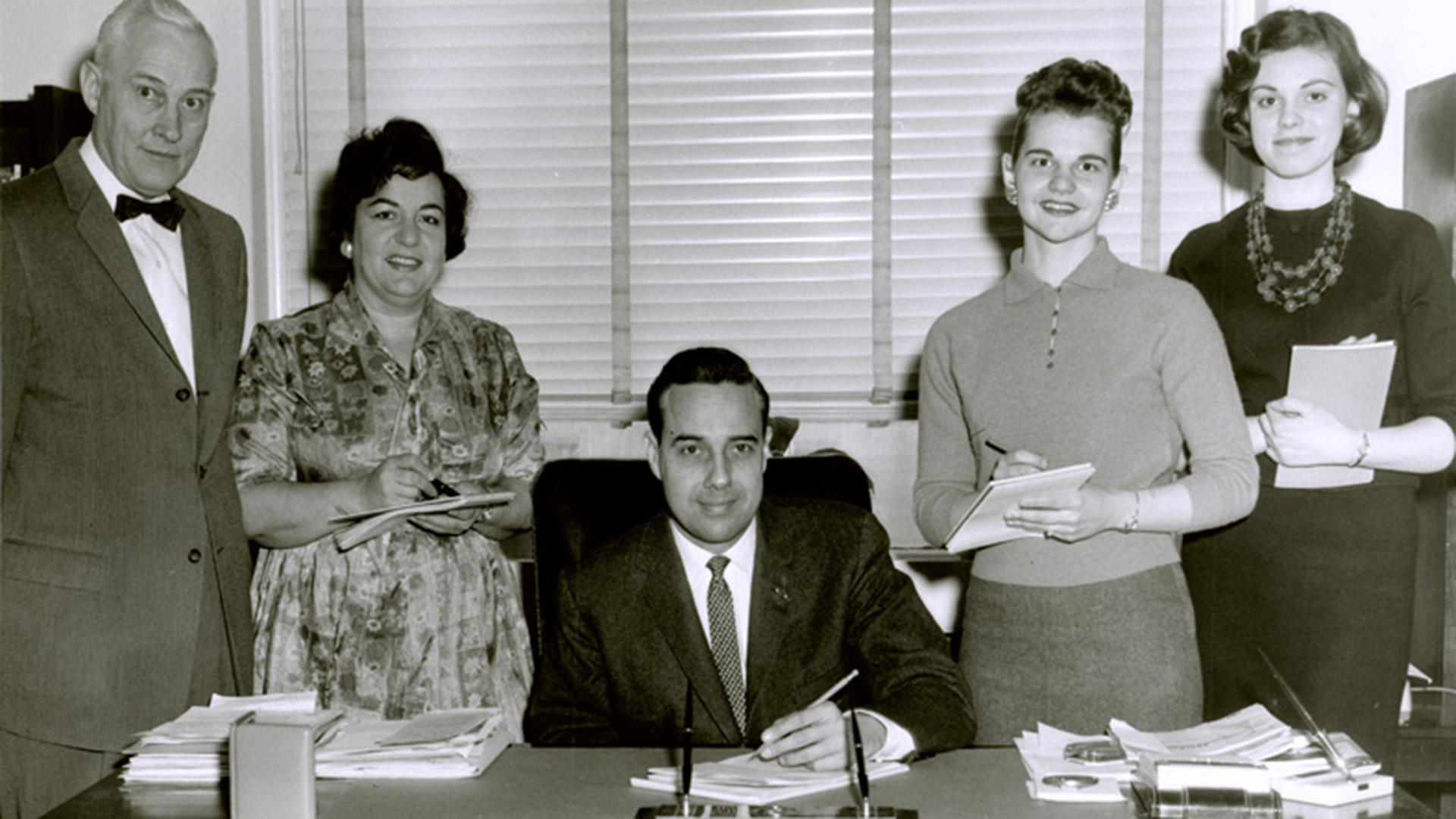 The Robert J. Dole Institute of Politics at the University of Kansas is pleased to announce a new exhibit, Voices from the Big First, 1961-1968, which will debut in the Elizabeth Dole Gallery and Reading Room on February 11, 2021, and will remain open until May 16, 2021. In conjunction with the exhibit, a series of afternoon programs on related topics will be live-streamed to the institute’s YouTube channel. Senator Pat Roberts, who worked with Senator Dole in the 1960s, will be a featured guest for one of these programs.

In 1961, Kansas, with the rest of the United States, found itself at a political, social, and cultural crossroads. Featuring a selection of constituent letters written to then-Congressman Bob Dole from the collections of the Dole Archives, this original exhibit curated by Kansas history scholar Virgil Dean offers a window into the hopes and fears of everyday Kansans as they responded to change at home and conflict abroad.

“The Dole Archives is a trove of historical resources that reflects not just the careers of Bob and Elizabeth Dole, but the ‘face of the nation’ at any given point in the last half of the 20th century,” said Associate Director and Director of Museum and Archives Audrey Coleman. “We’ve long been curious to learn more about Congressman Dole’s experience representing western Kansas in the 1960s and are excited to share examples of the issues and conversations of the day.”

Congressman Dole represented Kansas’ 6th district – counties in the northwest and northcentral parts of the state during his first term. After district consolidation due to population loss, beginning in 1962, he represented the western half of the state: 58 of 105 Kansas counties, predominately rural, which became known as the “Big First” district. With a few additions, the district – and its moniker – survive today.

A series of afternoon programs live-streamed to the Institute’s YouTube channel will explore key facets of this era in the Senator’s storied career in public service and their implications into the present. The first of these, Congressman Dole’s Kansas, will feature Dean on February 9 at 3 p.m. and will seek to answer the question “What was on Kansans’ minds in the 1960s?”

To provide more context on Congress and the decade, the Dole Institute is also proud to host The Great Society Congress virtual interactive experience in conjunction with Voices from the Big First. Produced by the Association of Centers for the Studies of Congress, the feature showcases documents from partner repositories across the country.

The Dole Institute of Politics is home to the Robert & Elizabeth Dole Archives & Special Collections, the official repository for the personal papers of Senators Bob and Elizabeth Dole. The Dole Archives chronicles their lives and achievements. More broadly, they provide a window into the inner workings of leadership, government, and policy development. As Historian emeritus of the U.S. House of Representatives, Raymond Smock, has stated, our country’s congressional collections reflect not just the leadership, but “the face of America at any given time during the latter half of the 20th century.”

The Robert J. Dole Institute of Politics is dedicated to promoting political and civic participation as well as civil discourse in a bipartisan, philosophically balanced manner. It is located on KU’s West Campus and houses the Dole Archive and Special Collections. Through its robust public programming, congressional archive, and museum, the Dole Institute strives to celebrate public service and the legacies of U.S. Senators Bob Dole and Elizabeth Dole.