LAWRENCE — The Robert J. Dole Institute of Politics at the University of Kansas will debut a new original exhibition, “Missing, Then Action: An Army Wife Speaks Out,” in the Elizabeth Dole Gallery and Reading Room on June 14, with a public program planned June 16. 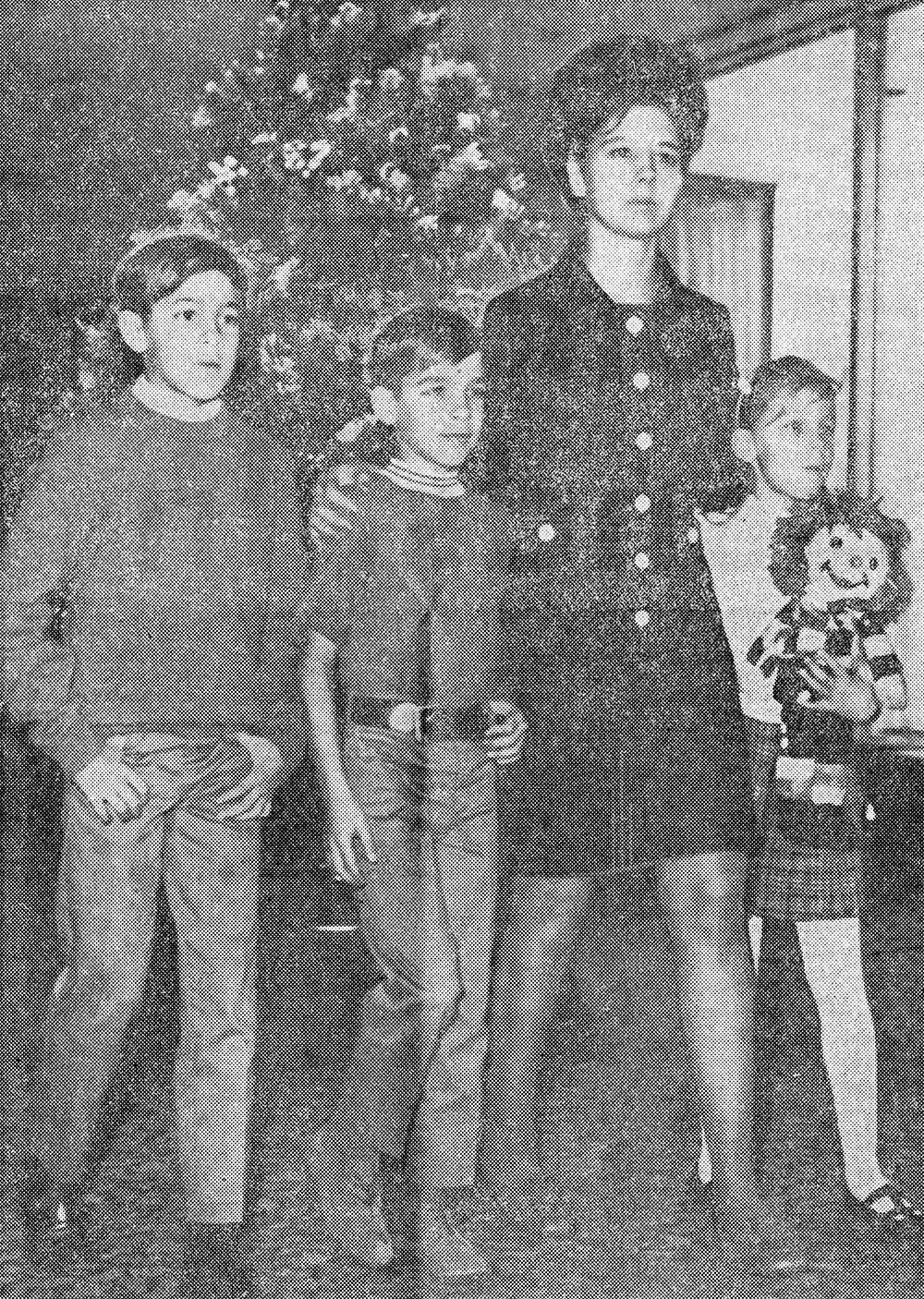 The new exhibition is the culmination of a multiyear project that began in 2015 with research in the Dole Archives by a travel grant recipient, became an original exhibition debuting in 2017 and a book by the same name in 2019, and was re-created into a traveling exhibition that has toured across the country, reaching five cities and over 100,000 visitors nationwide.

The 2022 exhibition tells the story of Army wife Kathleen Johnson, of Salina, as she coped with the 1965 disappearance of her husband, U.S. Army Major Bruce G. Johnson, in South Vietnam. A mother of three and one of the “Waiting Wives” of Salina’s Schilling Manor, Kathleen, like other POW and MIA wives, followed military protocols that called for their public silence on their husband’s status for many years. Privately, military wives of all branches organized across the country to seek recognition, answers and accounting for their POW and MIA husbands during Vietnam.

In 1969, the wives broke their public silence. As spouses of career military servicemen, their voices were unexpected, and at first, unwelcome — before they changed the course of history, paving the way for their husbands’ release and accounting. Some national leaders, including Bob Dole, became fervent advocates for them in the halls of the U.S. government.

“What an honor and a privilege to have our mom, Kathleen, honored in such a beautiful way by the Dole Institute and the people of Kansas. Kansas has been our home for almost 60 years, and during that time, our mother’s roots have grown deep in her beloved Kansas,” said her son, Bruce Johnson, on behalf of his siblings Bryan Johnson and Colleen Nunn. “We are so grateful for the memories we have with Senator Dole and his invaluable and meaningful support for the families of Vietnam veterans, such as ourselves, as well as the veterans for many foreign wars.”

“Missing, Then Action” features items and content from Kathleen’s personal archives, which were donated by the family to the Dole Archives after the debut of the 2017 League of Wives exhibition. All three of the Johnson children attended the University of Kansas because of Public Law 91-584, passed in 1970, which authorized educational assistance to wives and children of military members who are missing in action or held prisoner of war.

“This exhibit of original, personal materials belonging to Kathleen Johnson Frisbie and her family tells an important and highly emotional story. It illuminates a new angle on the human cost of war and its generational impacts,” said Dole Institute director Audrey Coleman, formerly associate director for archives. “This is a new perspective on the leadership story too often overlooked – women’s leadership starting in the home and private settings, translated bravely to the national and international stage.”

“Missing, Then Action” is made possible by ITC Great Plains.

“ITC Great Plains is honored to support the Robert J. Dole Institute of Politics in telling this amazing story about the perseverance and leadership of women like Kathleen Johnson Frisbie as they brought needed attention and action to the struggles of families of Americans missing in action or held as prisoners of war,” said Brett Leopold, president of ITC Great Plains.

Supporters of the Dole Institute 2022’s One Day. One KU. online giving campaign, which created new opportunities for KU students at the Dole Institute, enabled an innovative student component: Campaign funds supported the work of Olivia Korte, a Dole Institute Student Advisory Board member, honors student and 2022 graduate of the KU School of Architecture & Design, as she led the exhibition’s design conceptualization, graphic design and fabrication through to completion.

Sarah Gard, senior archivist at the Dole Institute as well as curator and project manager for “Missing, Then Action,” praised Korte’s contributions to the project.

“After building our exhibit program over the past several years, it has been wonderful collaborating with Olivia Korte on the design to try new things and expand the potential of the recently renovated Elizabeth Dole Gallery and Reading Room,” Gard said. “It amazes me every day how talented our Student Advisory Board members are.”

“Missing, then Action” will open to the public at noon June 14. A free public program featuring historian Mary McMurray, director of the Johnson Country Museum, will take place at 2 p.m. June 16 in the Simons Media Room at the Dole Institute.

McMurray’s presentation, “From Dependents to Interdependence: The Army Officer’s Wife Ideal and the Making of Army Family Policy,” will contextualize the activism of POW/MIA wives with the changing roles and expectations of the Army wife in the 20th century. Her presentation will cover the period from the beginning of World War II with the old saying “if the Army wanted you to have a wife, they would have issued you one” to 1983 with the release of “The Army Family: A White Paper” that called for policies and practices to support the interdependence of families and the military.

The traveling version of “The League of Wives” is currently on display at the Iowa Gold Star Museum in Des Moines, Iowa, through August 2022. It has previously visited Colorado Springs, Colorado; Richmond, Virginia; Coronado, California; and Neillsville, Wisconsin. The original exhibition was made possible by a gift from Harlan and Alice Ann Ochs of Colorado Springs, Colorado, with support by the Colorado Springs Pioneers Museum and the Virginia Museum of History and Culture.

The Dole Institute of Politics is home to the Robert & Elizabeth Dole Archives & Special Collections, the official repository for the personal papers of former U.S. Senators Bob and Elizabeth Dole. The Dole Archives chronicles their lives and achievements. More broadly, they provide a window into the inner workings of leadership, government and policy development. As Raymond Smock, historian emeritus of the U.S. House of Representatives, has said, the country’s congressional collections reflect not just the leadership, but “the face of America at any given time during the latter half of the 20th century.”

The Dole Institute of Politics is dedicated to promoting political and civic participation, as well as civil discourse, in a bipartisan, philosophically balanced manner. It is located in KU’s West District and houses the Dole Archive and Special Collections. Through its robust public programming, congressional archive and museum, the Dole Institute strives to celebrate public service and the legacies of former U.S. Senators Bob Dole and Elizabeth Dole.