Fort Leavenworth: Gates Brown: “Implications of the Korean War on US Policy” 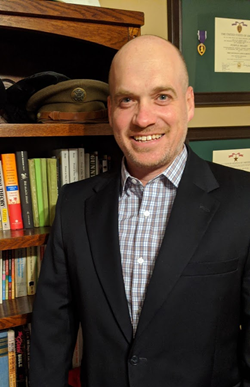 The Korean War, often described as the Forgotten War, was foundational to the creation of the national defense posture that the United States maintained throughout the Cold War. After World War II, the Truman administration quickly demobilized much of the U.S. military in an effort to return to normalcy and get the United States economy on a peacetime footing. This was similar to previous post-war periods in the United States, where the large military force quickly returned to its peacetime form, which was a fraction of the wartime size. This talk will discuss the implications of the Korean War both domestically and internationally. To meet this conflict, the Truman administration restarted conscription to meet the force needs to fight the war and imposed domestic economic controls, although to a lesser degree than those used in World War II. Internationally, the Korean War served as a catalyst for the increase of the US military contribution to the recently created North Atlantic Treaty Organization. It also established the military character of the Cold War, that the main kinetic aspects of the conflict between the Soviet Union and the United States would be in proxy wars while the nuclear deterrent maintained a tense status quo between the U.S. and the Soviet Union.

Gates Brown is currently an associate professor in the Department of Military History at the U.S. Army Command and General Staff College. He received his PhD from the University of Kansas. His research interests include the early Cold War and the evolution of U.S. nuclear strategy in the late 1940s and 1950s.