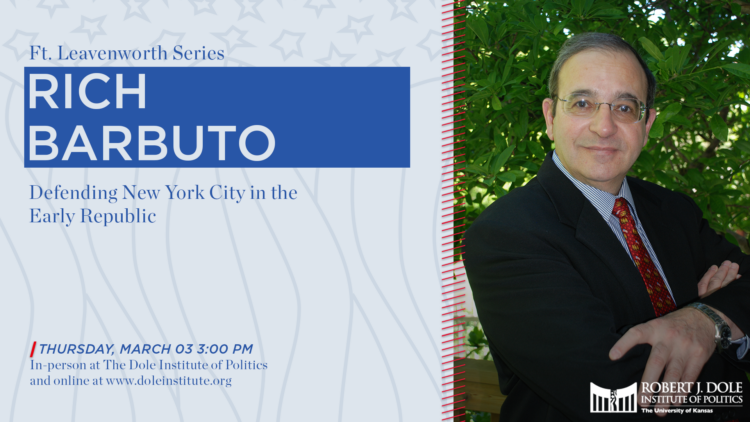 During the American Revolution, New York City was occupied by the British. Thereafter, the city soon became the largest port of the new republic. Threatened again as tensions with Britain reached a fevered pitch, federal, state, and local authorities moved quickly to build fortifications and mobilize the citizenry to guard land and sea approaches. In 1814, believing the city too strong to assault, the British chose instead to attack Washington, D.C. and Baltimore.

Rich Barbuto served as an armor officer for twenty-three years. He earned a Ph.D. from KU and was the deputy director of the Department of Military History for twelve years. Rich has written several books on the War of 1812 and is a frequent speaker at conferences and public venues.