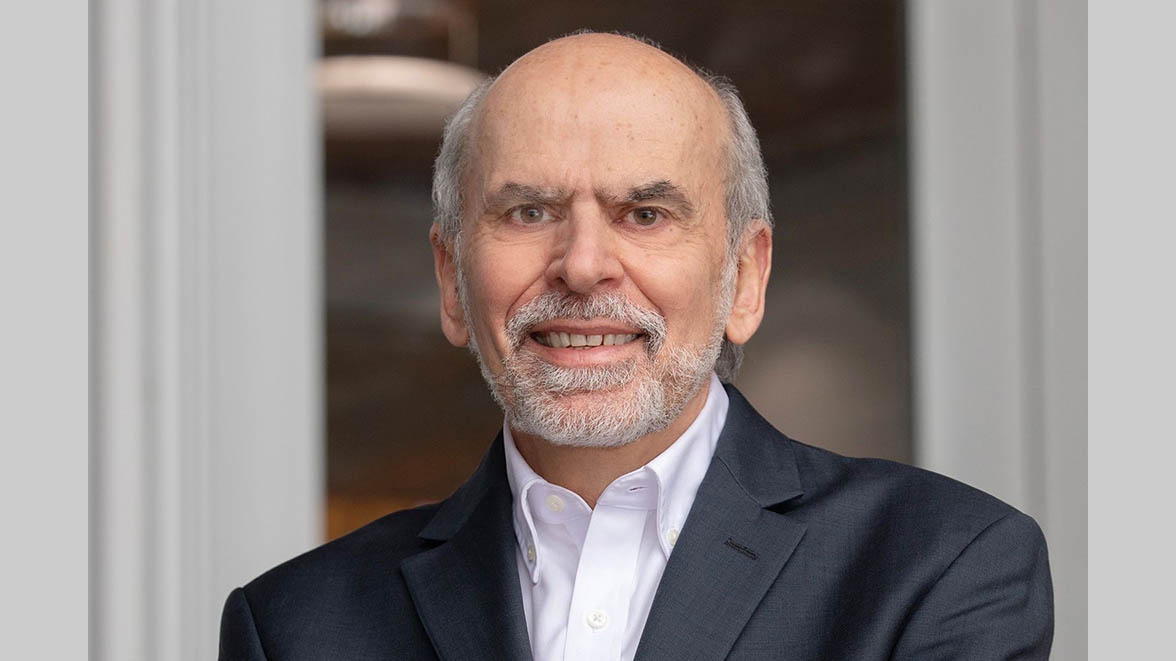 Gerald F. Seib will lead this semester’s eight-part Discussion Group Series. Seib is a graduate of the University of Kansas and was a journalist with The Wall Street Journal for almost 45 years. He served as the Journal’s Executive Washington Editor and wrote the weekly “Capital Journal” column for 29 years. He has also reported from the Middle East for the Journal in the mid-1980s, covered the White House, moderated three presidential debates, and interviewed every president since Ronald Reagan.

Seib’s series on the 2022 midterm election will feature national pollsters as well as prominent politicos and journalists. Each session takes place at 4 p.m. on the following Wednesdays: September 14, 21, 28; October 19 and 26; and November 2, 9, and 16.

The Dole Fellows Program is made possible by Newman’s Own Foundation. Seib will be in residence this fall, and his residency is sponsored by the Dolph Simons Family Fund.

An Overview of the 2022 Midterm Landscape

A look deep inside the forces shaping this year’s highly consequential midterm election, in which control of both the House and the Senate and the shape of the rest of the Biden presidential term will be decided.

John Anzalone is one of the nation’s leading pollsters and the founder of Impact Research. Anzalone has worked in Democratic politics for thirty years and is currently the chief pollster for President Biden in addition to polling for the 2022 re-election campaigns for MI Gov. Gretchen Whitmer and NV Gov. Steve Sisolak. He also conducts public-opinion research for many Fortune 500 corporations as well as national associations and advocacy groups like AARP.

Tony Fabrizio is widely recognized as an expert in public opinion and politics, and one of the nation’s leading Republican pollsters. He has helped elect Presidents and Prime Ministers on four continents. In the U.S., Fabrizio served as the Chief Pollster on five Presidential campaigns, from Sen. Bob Dole’s 1996 Presidential campaign through most recently, President Donald Trump’s 2016 victory and his 2020 re-election campaign. Recently, Fabrizio was chosen to co-lead the Wall Street Journal’s election-focused public polling in partnership with Biden pollster John Anzalone.

Political Polarization and How It Affects This Year’s Races

The most powerful force in politics today is deep, partisan polarization. A look at how that will affect this year’s races and outcomes.

With the Honorable Katheleen Sebelius, Former Secretary of Health and Human Services and Governor of Kansas and Neil Newhouse, pollster for four Republican presidential campaigns and a range of congressional contests.

The Honorable Kathleen Sebelius was named one of the Forbes “World’s 100 Most Powerful Women” in 2013.  Secretary Sebelius is one of America’s foremost experts on health policy, health care reform, and executive leadership. She served as U.S. Secretary of Health & Human Services from 2009 to 2014, Governor of Kansas from 2003 to 2009 and Kansas Insurance Commissioner from 1995 to 2003. She also chaired the Democratic Governors Association in 2007. She is a member of the Dole Institute of Politics Board of Advisors.

Neil Newhouse is a partner and co-founder of Public Opinion Strategies, a national political and public affairs research firm which has been described by the New York Times as “the leading Republican polling company” in the country. Neil has been named “Pollster of the Year” by the American Association of Political Consultants a record-tying three times for his work on political and public affairs campaigns. Neil has worked in public opinion research for more than 35 years and has helped elect dozens of Members of Congress, U.S. Senators, and Governors. Neil has polled for four Presidential campaigns – Senator Robert Dole, President George W. Bush, Former Florida Governor Jeb Bush and he was the lead pollster for Massachusetts Governor Mitt Romney’s 2012 campaign.

Kansas shook the nation’s political landscape once already this year with an abortion referendum, which only set the stage for a big midterm in which both parties have much at state in the state.

Governor Jeff Colyer, M.D. is the longest serving Lt. Governor in Kansas history and the 47th Governor. He made Kansas the first state to privatize its entire Medicaid Program into Kancare saving $2.5billion, expanded services and is the basis of many other states programs. A surgeon known for volunteering in 25 war zones from Rwanda to Syria, he provides trauma reconstruction in Kansas City. He advises companies and investment firms in the US and abroad. Originally from Hays, Governor Colyer has degrees from Georgetown, Cambridge University and KU Med.

Jim Slattery served six terms in the U.S. House of Representatives, representing the second district of Kansas. He was a member of the House Energy and Commerce Committee during his entire 12-year tenure in Congress. Slattery is currently President of Slattery Strategy LLC, a consulting firm located in McLean, Virginia. He started this firm in October 2019 after completing a 24-year career with Wiley Rein, LLP a prominent Washington D.C. law firm. Slattery was also the 1994 Democrat nominee for Governor in Kansas and the 2008 Democrat nominee for the U.S. Senate.

With debates raging over voting rules and restrictions, as well as over the outcome of the 2020 presidential election, will Americans see this year’s results as fair? Will they feel they had full voting rights? And what does that portend for the 2024 presidential election? Democracy itself is on the ballot this year.

With Sean Morales-Doyle, director, voting rights and democracy at the Brennan Center for Justice.

Sean Morales-Doyle serves as the director in the Voting Rights Program, where he focuses on voting rights and elections. He advocates for pro-voter reforms like automatic voter registration and voting rights restoration while fighting back against voter suppression efforts in the courts. Morales-Doyle is a seasoned litigator with experience in civil rights and constitutional matters, as well as a background in labor and employment law.

The biggest question of the year may well be whether Republicans seize back control of the Senate. Both parties see a very tight contest, with the outcome up in the air.

Scott Reed is the Chairman of Chesapeake Enterprises. Reed advises various GOP Members of Congress and Governors on political and policy issues. He also served as the Senior Political Strategist at the U.S. Chamber of Commerce. In 1996, Reed was the campaign manager for Senator Bob Dole’s Presidential campaign. In 1993, Reed was appointed Executive Director of the Republican National Committee when the Republicans gained control of both the House and the Senate for the first time in 40 years. During the Bush (41) Administration, Reed served as Chief of Staff to Secretary Jack Kemp at the Department of Housing and Urban Development.

Can Democrats Prevent a Tidal Wave?

History and public polling suggest Republicans are likely to take back control of the House, but Democrats see their prospects improving as voting draws near. Can they defy expectations?

Maya Rupert is a political strategist, writer, and Distinguished Fellow with Community Change. In 2020, she served as campaign manager for Julián Castro’s presidential campaign and is only the third Black woman to have managed a major presidential campaign. When Secretary Castro exited the race, she joined Elizabeth Warren’s campaign as a Senior Advisor, and she managed Maya Wiley’s mayoral campaign in 2021. Maya is a nationally respected voice on progressive politics and the future of the Democratic party.

An Instant Look at the Results

On the day after the election, we take an immediate and in-depth look at the outcome.

With Jackie Calmes, political columnist for the Los Angeles Times, former White House and congressional reporter for The Wall Street Journal and The New York Times.

Jackie Calmes has been a columnist for the Los Angeles Times in Washington since August 2021, after four years as an editor of White House and political coverage. For nearly 30 years prior, she was a correspondent in the Washington bureaus of the New York Times and the Wall Street Journal, covering the White House, Congress, presidential elections and national politics; she became the chief political correspondent and chief economic correspondent for each paper and in 2004 received the Gerald R. Ford Journalism Prize for Reporting on the Presidency. She has been a fellow at the University of Chicago Institute of Politics and the Harvard Kennedy School’s Shorenstein Center on Media, Politics and Public Policy and is the author of “Dissent: The Radicalization of the Republican Party and Its Capture of the Court” (2021).

How the Outcome Will Change Washington

How will the midterms affect how Washington works, now and through the 2024 presidential election? We explore those questions as the dust settles.

John Harwood has covered Washington and national politics for four decades, most recently as White House correspondent for CNN. Prior to joining CNN in January 2020, he served as CNBC’s Chief Washington Correspondent from 2006 to 2019. Harwood has offered political analysis for The New York Times, NBC, MSNBC, NPR and PBS. He has covered each of the last nine presidential elections. During the 2008 campaign, Harwood broke the news that Republican nominee John McCain had selected Sarah Palin as his running mate. He received an Emmy nomination for his live CNBC town hall with President Barack Obama in 2010. He also moderated Republican presidential debates on CNBC in 2011 and 2015. He is the co-author, with Gerald F. Seib, of Pennsylvania Avenue: Profiles in Backroom Power.

Lindsay Wise is on The Wall Street Journal’s Congress reporting team. She came from the Kansas City Star and McClatchy’s Midwest I-Team, where she was first a Washington correspondent and then an investigative reporter. Before McClatchy, she reported for the Houston Chronicle on the military, veterans as well as the city’s Arab and Muslim communities. She has a B.A. in English and Foreign Affairs from the University of Virginia and a master’s degree in Modern Middle Eastern Studies from St. Antony’s College, Oxford. Between 2003 and 2006, Ms. Wise worked as a freelance journalist based in Egypt.

Kansas Finds a Path Beyond Partisanship

Seib, G. F. (2022, September 15). Kansas Finds a Path Beyond Partisanship; In a tense election year, voters in a conservative state are showing their independence and avoiding the extremes. The Wall Street Journal. Eastern Edition. https://www.wsj.com/articles/kansas-finds-a-path-beyond-partisanship-11663253693

A Midterm ‘Red Wave’ Didn’t Happen; What That Says About 2024

The Midterm Elections: Back From the Political Abyss

Seib, G. F. (2022, December 14). The Midterm Elections: Back From the Political Abyss; The real winner this year was America’s democracy, as many of the worst fears failed to materialize. The Wall Street Journal. Eastern Edition. https://www.wsj.com/articles/midterm-elections-democracy-wins-2022-11670867485