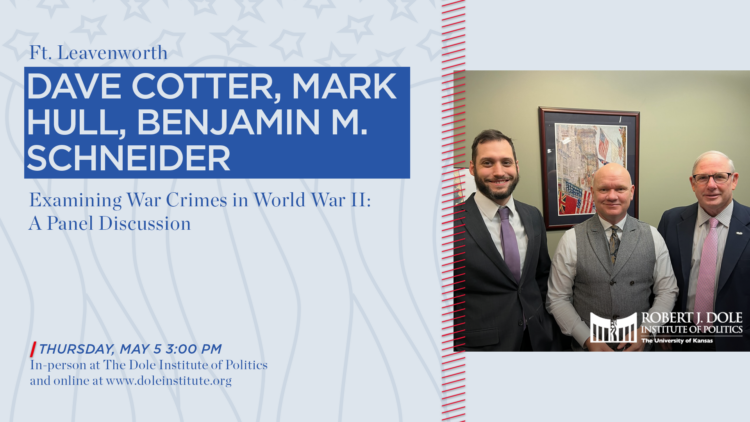 This panel will examine some of the less understood aspects of war crimes of the Second World War.

Dr. Mark Hull will examine the power of the media in World War II era Germany in “Inciting Extermination: the Role of Anti-Semitic Media in the Holocaust.”

Dr. Benjamin M. Schneider will discuss war crimes committed by the U.S. in “The Eisenhower Report: Prisoner Killing in the U.S. Army in WW2”

Dr. Dave Cotter explores the continuing efforts to secure post-Holocaust justice 75 five years after the end of the war with his presentation, “Pursuing Holocaust Justice in the 21st Century.”